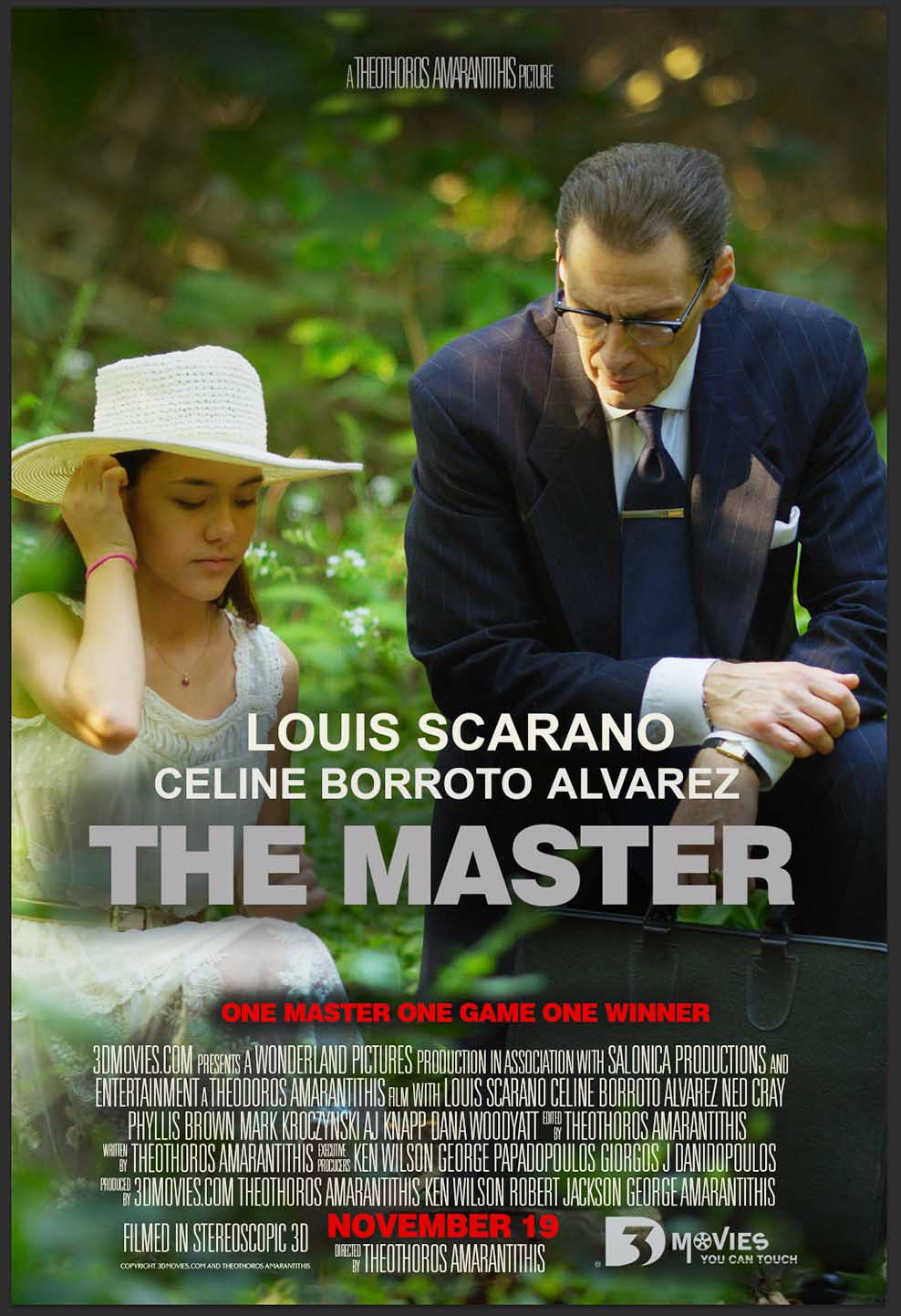 3D, eh? In 2007 it was a mind-bending innovation, by 2009 it was going to save cinema and then… well, the hype faded and it slipped from the headlines. But, as Gravity and The Walk have proved in recent years, it remains a handy part of any filmmaker’s toolkit. Not every filmmaker, granted, but some, like Alfonso Cuarón and James Cameron, have shown what it can add to the viewing experience. Here’s our pick of the best 3D movies.

Christopher Nolan would probably have rather strapped himself to a space shuttle than sully Interstellar with 3D gimmickry, but he might have missed a trick if Alfonso Cuarón’s Earth-orbiting disaster movie is anything to go by. Using a groundbreaking Light Box, he constructed a painstakingly conceived 3D experience that sent audience up amid the floating oxygen cords and rocketing debris as Sandra Bullock’s day goes downhill fast. The Mexican filmmaker is no great lover of many 3D blockbusters, but he shows what really good 3D can look like with his Oscar-winner.

Never accuse James Cameron of being less than dedicated. The director who has twice created the biggest film of all time spent more than a decade waiting for technology to catch up with his ideas and developing cameras capable of capturing them. The results, however, were Earth-shaking and jaw-dropping. This isn’t 3D-sploitation, with objects flying out of the screen towards the viewer; this was 3D as an immersive world, creating an entirely believable and utterly enchanting other planet to explore.

Perhaps the first time a DreamWorks movie challenged Pixar on its own turf, How To Train Your Dragon mixes real emotion and heart-stopping adventure in a film that came out of nowhere and enchanted everyone who saw it. The story of an outsider boy who learns that the dragons his people have been fighting may actually be the key to their survival, it’s an utterly charming tale of unlikely friendship and challenging prejudice. In 3D, its aerial swooping and glidding is the next best thing to riding an actual dragon. Unless you happen to own an actual dragon, of course.

Eric Brevig was a special effects expert before turning director for this fun family effort, and it shows. While the plot’s a smidge predictable and many of the set pieces – like a mine-car chase – a little familiar, the whole thing’s carried off with so much vim and gusto that you’ll hardly care. What’s more, the 3D is guaranteed to amuse, from an opening T-rex chase to a character spitting his mouthwash out directly into the 3D camera. It’s silly, giddy stuff, fully exploiting the medium to make children shriek with excitement, but it’s very hard to resist.

Robert Zemeckis is a pioneer and champion of performance capture technology, and for this medieval epic he combined the cutting-edge technology with one of the oldest stories in the English language. Then he turned Ray Winstone into a wrestler, stripped Angelina Jolie naked and delivered a big-scale action fantasy with lots of 3D trickery – spears sticking out of the screen – but also subtler touches that merely gave the film a little more realism. Well, as much realism you can have when a naked Ray Winstone is busy killing a dragon-like monster.

Pixar doesn’t do showy for its own sake, nor do they engage in 3D gimmicks. But the addition of 3D exhibition to their films just allows a little extra depth, and makes an already near-flawless film that tiny bit more immersive. As Woody, Buzz and the gang act out their final adventure, you can almost feel yourself falling into the action – which is brilliant when you feel like you’re going to land in Andy’s room, but positively scary when you think you might end up in an incinerator. There is another upside to the 3D, of course: the glasses cover up the inevitable tears at that ending.

If there was ever a story that lent itself to a 3D treatment it’s the account of Philippe Petit’s tightrope stroll between the Twin Towers in 1973. Robert Zemeckis – who’s never seen a hair-raising vista he didn’t want to stick a camera on – turns out to be just the director to capture it. As Petit steps out onto the wire, Zemeckis’ camera spins above and then sends our eyelines plunging 1300 feet straight down in a Vertigo-like moment of 3D shock and awe. It’s awesome to behold, even if cinema staff were probably sweeping up eyeballs for days.

Thirteen years after its initial release, Henry Selick’s stop-motion classic – based on Tim Burton’s story – got the 3D treatment. Perhaps surprisingly, it works brilliantly with the stop-motion format, the characters bouncing off the screen and the touches of CG enhancing the story but not distracting from it. As conversion jobs go, this is one of the best, with barely a flicker of uncomfortable blurring and characters that appear rounded rather than looking like pop-up book versions of themselves. And the music’s still as catchy as ever – betcha can’t leave without humming, “What’s this? What’s this!” under your breath.

There aren’t many kids movies of the Noughties that make endless references to obscure ’50s B-movies and sci-fi in-jokes, and it’s the clever layering of gags – for geeks old and young – that gave this barmy monster mash a special sparkle. But in 3D, and especially on IMAX, it had an extra impact, giving you a better look at the titanic struggles between alien robots and giant, er, grubs.

Horror and 3D have always worked well together, with the format allowing filmmakers to bring the scares closer to the audience thanks to knives, severed body parts and grabbing arms emerging from the screen to attack cinemagoers directly. And while this remake of a 1981 schlocker may not reinvent the horror wheel, it’s solid B-movie fun, offering lots of scares and a few laughs in its story of a deranged miner who’s armed with a pickaxe and determined to get revenge on, well, anyone within stabbing distance, really. It may not be art, but it’s definitely good fun.

One of the classic movies released during the first wave of 3D’s success in the 1950s, this saw a creature expressly designed for the format, all sharp angles and jutting features that the 3D would enhance. The dialogue and the acting may not always be up to much, but the creature’s a work of genius, and the underwater scenes hugely impressive given the time it was made. And ultimately, who doesn’t want to watch a film in which a screaming woman in a swimsuit is perved over by a scaly, be-gilled monster man?

One of two Henry Selick films on the list, with Nightmare Before Christmas, and two that Neil Gaiman had a hand in writing, with Beowulf. This scary children’s tale benefits from the gothic style and expert storytelling of both, with the story of a girl who visits a mirror world that appears far more fun than her own – with the tiny catch that she’ll have to let her glamorous Other Mother poke out her eyes and replace them with buttons if she wants to stay. In 3D, the portal between the two worlds unfolds like a funnel. You can almost reach out and touch it.

It’s not just schlocky horror directors, futurists or animators who have tried their hand at the third dimension. No, the great master of suspense himself, Alfred Hitchcock, had a go with the latest thing in 1954, filming Dial M For Murder in the format. But by the time the film was ready for release, the hype for the format had died, and not enough theatres were willing to show the movie in 3D, so it was released without the extra oomph. It wasn’t until 1980 that audiences got to see it as intended. It’s not Hitchcock at its very best, but it’s fun to watch him having a ball playing with his new toy.

James Cameron didn’t just throw Avatar together. The cameras used for the film were the result of more than a decade of development, and part of their test run came two miles underwater by the wreck of the Titanic, where James Cameron and his ole’ mucker Bill Paxton revisited the wreck to bring us back some astonishing 3D images. For fans of either the movie or the real-life story of Titanic, it’s an eerie, powerful sight to see it looming up in the dark.

The light-hearted musical version of Shakespeare’s most sexist comedy, The Taming Of The Shrew, was filmed in the very latest 3D available in 1953, and pushed the format to its then-limit. Decades before Streetdance or Step Up 3D, this proved that one of the best reasons to watch 3D is to see big movement like dancing coming right at’cha – and the lines of chorus girls in this effort give it all they’ve got. Sparkling Technicolor and sparky performances make this one of the best mainstream 3D efforts of the ’50s.

It’s a scientifically proven fact that only people with no soul stay dry-eyed during the first 20 minutes of Up, charting the course of a love story from childhood friendship to marriage to tragic death. But that’s only the set-up for a film that’s about love, loss, healing and adventure, showcasing some of the most beautiful animation that Pixar has ever created and some of the smartest storytelling (notice how the state of the flying house reflects Carl’s moods). Masterful in every way.

Converted after it was shot, Tim Burton’s take on Lewis Carroll’s classic isn’t a flawless 3D transfer, but it’s exactly the sort of film we want to see in the format so we’ll forgive it occasionally looking like a pop-up book. Burton’s twisty, trippy, dizzy and dark vision of Wonderland is so full of curls, corners and character that it would pop off the screen in 2D, never mind with the help it got in cinemas.

Because CG animated films have found it quick and easy to convert to 3D, and because so many of them have done it so darn well, these are the movies that have flourished the most in the 3D era. This was a comparatively little-seen effort at the time, since hardly anyone in the UK knew of the book on which it’s based (a classic in the US), but it’s so packed with tiny quick gags, charming characters and, well, giant food falling from the sky that audiences everywhere soon fell under its delicious spell.